Elegant form validation is something that product owners and user experience designers always expect, but it is surprisingly hard to implement. Moreover, many developers and most validation libraries only provide client-side functionality, which falls terribly short of being a well-rounded or even secure approach.

Going all the way back to jQuery UI Validation, web developers have implemented validation in their client-side JavaScript UI code. We've annotated <input> elements with attributes that define the rules. We've created giant libraries that integrate deeply with our UI frameworks. And we've convinced ourselves that these approaches ensure data integrity.

For applications built using universal JavaScript including Node, React, Redux, and GraphQL, it was time for a robust validation framework to be created.

Using a UI-centric validation library is not just a bad idea; it's a terrible idea.

More important than how UI-centric validation badly influences your code factoring, it also points your project in a direction where data integrity and even security are compromised by default.

Servers should never trust data from the client. Every service that receives data must perform server-side validation to ensure the data is valid. If the service does not validate data it receives, your application will end up with data integrity bugs.

If a malicious user can bypass validation and introduce corrupt data into your system, then it is just a matter of time before a bug exploits the vulnerability.

If this concept is new to you, a web search for "never trust the client" will provide you with plenty of additional reading material. Not trusting the client is the most important reason why UI-centric validation is a terrible idea.

If you've built validation into your client-side code, but you knew not to trust the client, then you've likely duplicated your validation implementations across the client and server. And you've been frustrated by the burden, for at least one of the reasons below.

With client-side and server-side validation implementations in place, there is still one remaining problem: our product owners and user experience designers want elegant user interactions. Subtle cues differentiating between valid and invalid states. Animations during async validation. Friendly messages that guide the user to correct validation errors while not slapping the user's wrist while they are still typing. And this all has to work for every validation rule defined on every type of form field.

Your user experience designer will change their mind on what effects they expect to see in the UI. You must be able to change the validation triggers and rendering easily without worry of affecting the actual validation logic. Only through separation of responsibilities will you obtain the flexibility to safely change the interactions.

During the development of the .NET Framework validation framework, Jeff wrote extensively about how the framework could be used in WCF RIA Services for client-side and server-side validation. His blog also includes posts about some of his other work in the validation problem space as well as work in WPF, ASP.NET, the Model-View-ViewModel pattern and more.

Jeff created Strickland while working on the Node/React/Redux/GraphQL platform at SAP Concur. There, Strickland is being used across multiple projects and multiple teams.

When React was introduced, Flux was presented as a complementary design pattern. Many Back to the Future themed libraries emerged as implementations of Flux.

Principal Strickland was the rule-monger of Hill Valley High School in the Back to the Future movies.

A validation framework was needed that would integrate nicely with the React ecosystem. These ideas were combined and Strickland was born. Though v1.0.0 was not released until December 2017, initial work on Strickland began and the strickland.io domain was purchased in 2015, the same year that Marty visited in the future. 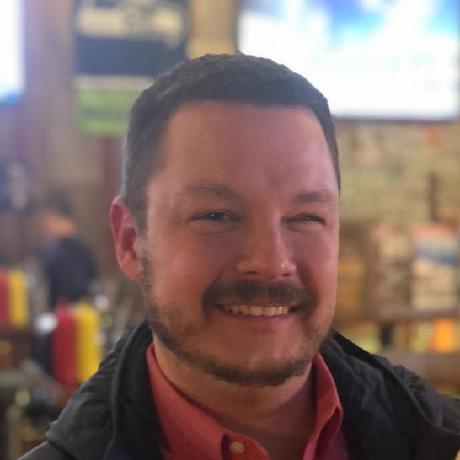